The Return of the Non-Essentials

Recently my favorite restaurant reopened for the first time since the shutdown. While talking to the bar manager, she mentioned to me that being told by the world that she was “non-essential” was a painful thing to hear. She takes great pride in her work and works very hard; yet hearing on a daily basis that her role in the world was not important or essential really started to impact the way she saw herself and her contribution to her community. 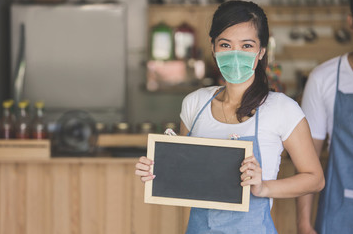 As I thought about that conversation, I started looking at the impact of this “non-essential” terminology, the impact it has made on the working men and women who have been told that this is their status, as well as the impact on the workplace, as non-essential and essential employees return to working together again.

The expectations of a safe and socially responsible workplace are changing every day. This makes it hard for the company and the employees to know how to navigate where they all fit on the “essentialness” scale.

Essential employees have been able (or required) to work through this entire pandemic. There have been both good and bad things about this.

The Good: They have had a job, they could pay their bills, they were treated well and told that they were important (in most cases), by their company and the clients they served, and they learned that they were essential.

The Bad: They are exhausted, they haven’t been able to take time off, they are hearing rumors that the people who are staying at home are receiving more money on unemployment than they are while working, and although they have learned that they are essential, they are unsure if they are really important.

Non-Essential Employees have been home and unable to work until their team and/ or their state, found a way for them to return to work, safely. The positives and negatives of this, are as follows:

Positive: Being able to stay home during the fear of the pandemic, which has assisted with enhanced and extended unemployment benefits, and the feeling of relative safety during a strikingly changing time.

Negative: Making less money than when they were employed, the fear of no job to return to, and being told that their chosen career is not making enough of an impact, to be needed.

The mixed messages that we see here have impacts on technology, processes, team dynamics, and your overall company’s culture. I’d like to break those down and discuss them.

In every one of these bullets above: consistent, honest, transparent internal communication is the answer to help the team get back on track. Even if the truth is not pleasant, do not lie about it. The team needs to feel safe and understand what is happening. If their job (or the company) is in jeopardy, talk about it clearly and honestly.

The Need for the “Non-Essentials”

There are a lot of items to learn about, from this pandemic. The thing that I am focusing on today is that words have power, and people hearing that they are “non-essential” is something that contributed to them feeling like they were not wanted or needed by their community.

A friend of mine returned to work at a medical company that had shut down to a skeleton crew, due to offering elective surgeries. This friend was an essential worker who had been reassigned to do the work of a “non-essential” worker during this time. As the non-essential team returned, they were the last to be reassigned to their regular jobs. When they asked their leadership why, they were told things like “you are more versatile than others” and “your peers aren’t doing as well as you at the tasks of the non-essential team”. In general, they were telling her that she was excelling; but in a way that made her believe that her contribution was less than that of her peers, when actually – it was the opposite. Being told you or the work you are doing is “non-essential” is something that really impacts your desire to do your job well. It does not inspire pride.

As these team members return, as leaders, we can communicate and make a difference!